Guided tours for tourists at the Fair 2022 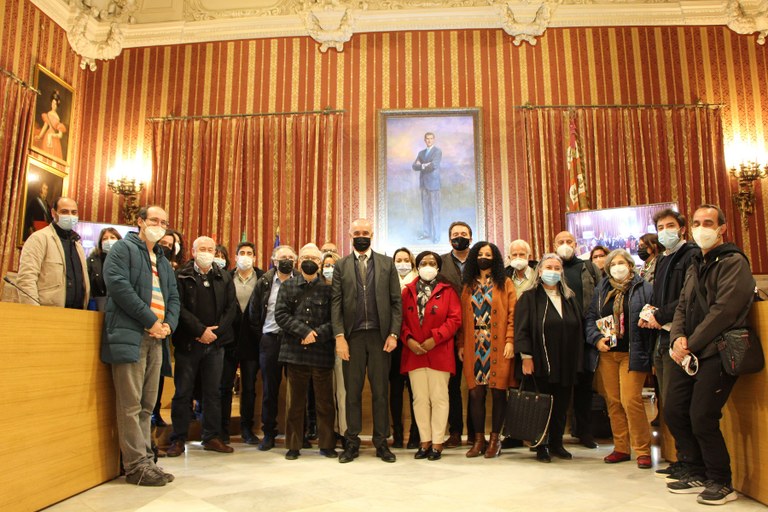 The City Council program 25 Guided tours for tourists at the Fair of 2022 with the aim of explaining and making known the customs and the way of living this festival to those who visit us.

Seville City Council, through the Delegation of Economy, Trade, and Tourism and Seville City Office, offers one more year guided tours at the April Fair that are aimed at those who visit the Real during these days. The objective is to present the Seville Fair to tourists, explaining the customs and how to enjoy this festival.

En total, They will be carried out 25 guided tours during the official days of the Fair, between 1 May and Saturday 7 May. The days when the greatest influx is expected due to being national holidays or Saturdays, four passes are made and the rest of the days there will be three daily passes. The maximum number of people per visit will be 30 people.

The tour of the visit will start at the information point on the Fair's front page, in the street Antonio Welcome, will pass through the central street of Real and will end at the Tourist booth, located on Pascual Márquez street. The guided tour contains an explanation of the cover, followed by a walk to explain what the party consists of in situ. The language of the visit will be according to the origin of the visitors, being able to give the information in up to two languages ​​in the same tour.

It's about a free public service of guided tours inside the Real de la Feria. This service is disseminated through the social networks of the Sevilla City Office, as well as from the two tourist offices in the city and the two tourist information kiosks in the Real. To request a guided tour, must be done in person at the information points of the Fair, located next to the Portal on Antonio Bienvenida street and on Costillares street.

The delegate of Economy, Commerce and Tourism, Francisco Paez, has held a meeting with representatives of the tourism sector of the city of Seville, in order to convey the initiatives of Seville City Office for the April Fair, as well as the operation of the Tourist booth.

This year it starts again this initiative of the Tourist Booth, which began at the Fair 2018 with the aim of welcoming those who visit the fairgrounds these days and that they have direct knowledge of this celebration.

the booth It has a restaurant and ambigu, as well as animation and musical passes and the tourist sector of the city can make reservations for those who wish to attend it.