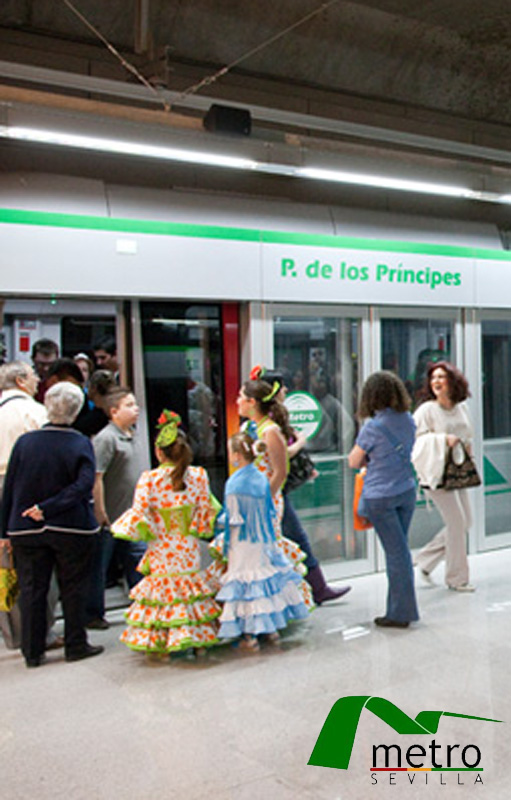 Special demand service fair has increased by 9,71 % over the previous year. Fair Sunday was the day most travelers, with a total of 133.073.

Metro de Sevilla, concessionaire of the Andalusian, It has transported a total of 919.862 travelers during the service device Special April Fair, It spanning from Saturday 29 April to Sunday 7 May. The volume of registered users throughout the period, in which it reached record demand from the opening, an increase of 9,71 % about 2016, in which they were transported a total of 838.421 Saturday and Sunday travelers.

Tradeshow Week, which it has been consolidated since the entry into service of the metropolitan railway -in April 2009- as the largest passenger demand throughout the year, He has thrown this year an average of 102.207 users day, against the 93.158 users / day last year.

During the Special Services Fair 2017, in which Metro has provided uninterrupted service since Saturday 29 until Sunday 7 May, It has established the trend of previous years, whereby demand meter concentrates on the fringes of the evening, specifically between 19:00 and 22:00 hours, reaching peak traffic between 9.000-10.000 travelers / hour within this range of time.