El Juli makes history by pardoning a bull of Garcigrande

Later round Madrid, cutting four ears. Ponce cut one ear in the fourth

Juli has entered the history of this place pardons to achieve forgiveness of life 'Orgullito', Garcigrande an extraordinary bull that curdled an excellent job, symbolic cutting two ears. This triumph joins the torero Madrid won in his first, which also after a good job desorejó. Enrique Ponce also scored to cut off an ear in the fourth afternoon, while he left empty Talavante.

Garcigrande bulls were fought and Domingo Hernandez, well presented. They highlighted the second and fifth, the latter pardoned for his extraordinary behavior.

Enrique Ponce estimable he hauls in his first speedwell, finishing off with a half. He also left quite good sets in, Long in finishing off the bull was halfway through the trip. The bull rammed sharply at the start Ponce fatigues and face planted firmly and swallowed up stealing a number of great merit right. It was a task of power and risk. On the left side of Garcigrande the measured far and his condition worsened as the job progressed and always put it very difficult to bullfighter. He killed half and had to descabellar.

Lucimiento the fourth he did not allow Ponce to cloak very loose out. He received two strong jabs and Ponce tasted in a parry in which left a good half. It gave the public and signed a good start fatigues with doubloons, trincherazos and a nice chest pass. The first series was tied right and tempered, with long muletazos. In the second the bull started to protest and also in the third. He switched to his left and managed to clean muletazos and temperate. He turned to the right and left crutch slowly start to bind. The end with doubloons quality and Ponce had jumped to kill him with great truth, getting cut off an ear.

El Juli He gave good sets in the second, Hosiery clasping two low hands. He also sported a quite by chicuelinas that was applauded. The bull took two sticks well and stung José Antonio Barroso rightly. He gave the farmer Justo Hernandez and fatigues at the beginning was encountered by the hindquarters of the bull, He is falling to his knees and so improvised starting job. They kept two sets with the right warm atmosphere they created linked. He also tuned to the natural but was to return to the right when he again raised the tone. muletazos the beautiful torero with his left for the final slaughter was saved, completing a warm and very solid work. He killed large lunge and cut two ears.

The fifth well as he fought output layer, but where he shone El Juli was in quite by Veronicas. It gave the public and started the job well, providing a first set right with verticality and tempering. The second was the natural poise and was liked and grew the task in the second series by that python. Is guessed something big and at that point so well fatigues lunging the bull and trailer was El Juli. Series succeeded linked and hardened, with completely delivered and comfortable torero and the public began to ask forgiveness for the life of the bull. El Juli continued fighting more and more slowly until the square was a cry and President granted the pardon of 'Orgullito', number 35 of 528 kilos, Iron Garcigrande.

Alejandro Talavante He had no luck with his lot. The third denoted lack of strength in the first thirds and also accused the crutch. Talavante tried to care in the first series, testing on both pythons but without response bull, He is defending himself and just went. He cut short and was silenced.

The sixth threw an annoying tornillazo end of muletazo and this uncomfortable much Talavante, which it achieved better results on the left python but not getting the job had not just soar by ramming the changing shape of Domingo Hernandez. Extremadura tried but could not round job and stuck with sword. 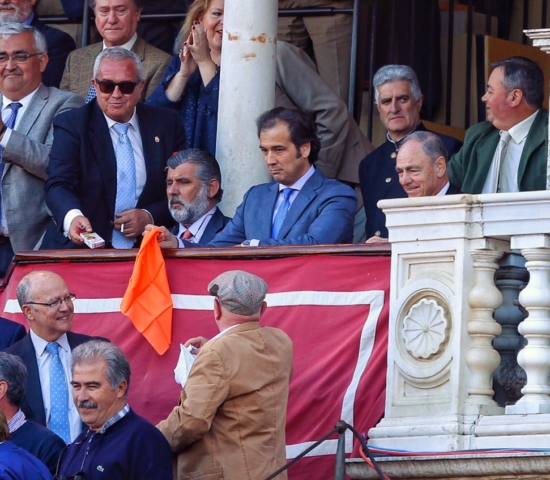 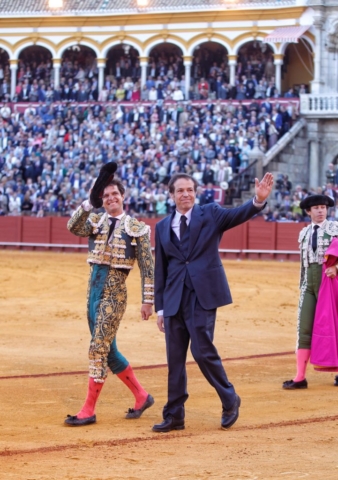 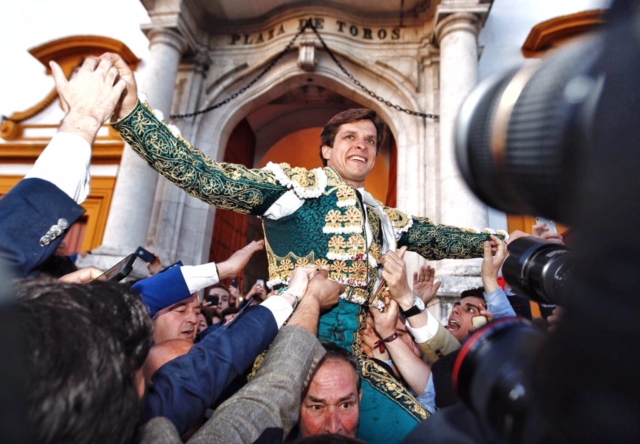 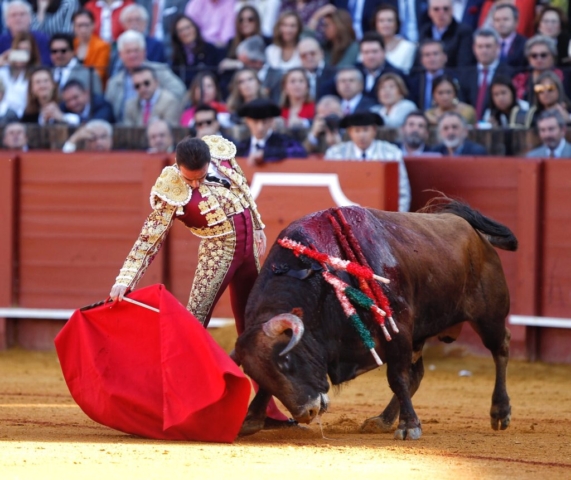 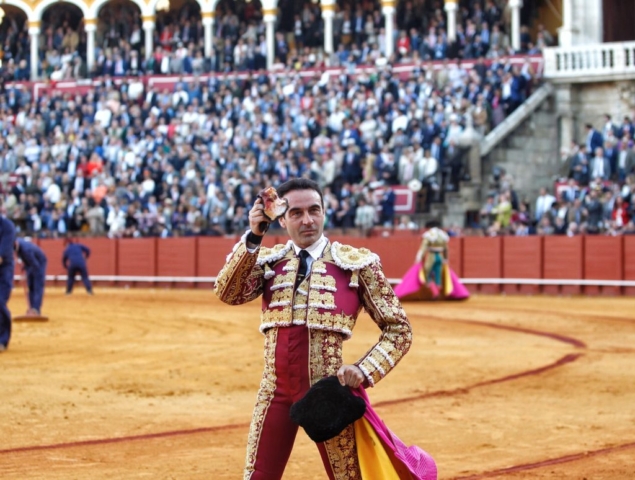 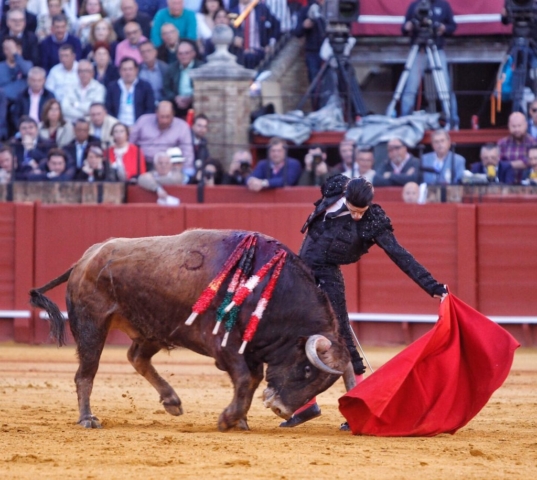