Cayetano gives twice around the ring in the tenth manure 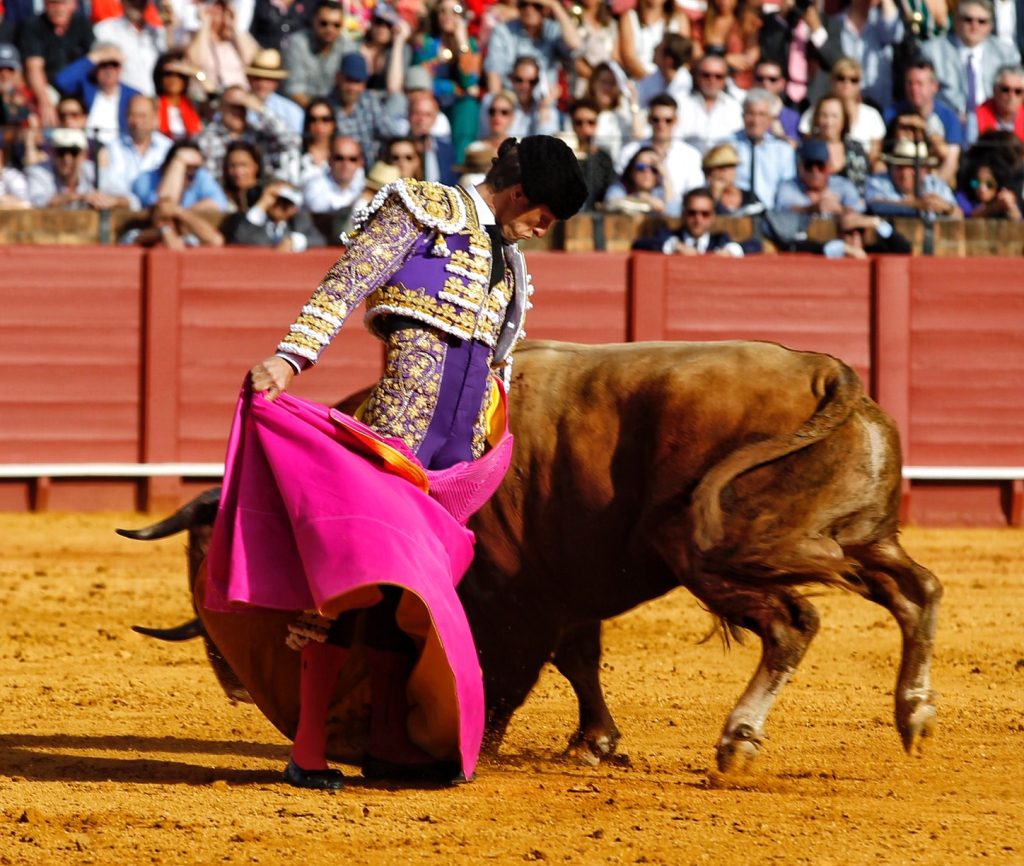 They conditioned steels afternoon for the three cartel members

Cayetano took two laps into the ring on Wednesday lanterns that has lived with great atmosphere in the stands and which have shaped steels bad afternoon, preventing the three protagonists succeed in winning for those who had made merits.

bulls were fought the Espartales to rejones first and fourth and Domingo Hernandez for fighting on foot. They noted second and sixth.

Diego Ventura, cheers and applause.
El Juli, silence after notice and palms.
Cayetano, lap after lap after request and petition

Diego Ventura doubled along with the bull out but marró in the first spear punishment. With Nazari imantó the bull alongside the horse and ran the ring toughened, nailing a good stick. In the second turned encountered, but immediately rectified and tempered again he galloped two tracks. He changed his horse and brought mess to nail the quiebro, the second stuck to the tables with little land. Dollar topped with a pair putting two hands without doze. He pricked and lost an important victory.

The second batch will put a single spear punishment. He left whole to show off in sleepy side gallops, with false happened several times before nailing two good banderillas. His virtue was always a tame bull make jealous. Bronze with two banderillas put the horse kneeling before quoting and singing included from laying. He brought Gitano stuck with a jog on the contrary and again brought luck to dollar without doze. He killed prick and rejón and had to descabellar, losing all chance of winning.

El Juli received the second of the afternoon with good sets gaining ground and closing with nice cut. The bull knocked down in the first rod and Juli looked at quite by chicuelinas. The Domingo Hernandez was employed bravely in the second puyazo. Cayetano made a good remove by brionesas topped with a long cordobesa. The wind bothered much to Juli at the beginning of slaughter, forcing him to change his field. This conditioned all their work until they took him to the media and might be linked to the right, more reluctantly bull, Also the natural. Juli was far superior to his opponent and killed several lunge and pithing.

El Juli goaded gently veronica the fifth week. Domingo Hernandez came the somewhat off the crutch without being suitable material for a good job. El Juli tried to do and correct defects and achieved first natural and then right into a work of great merit in which all put the torero. A final series encouraging voice thrust was the epilogue to work again with steel emborronar.

The first Cayetano was measured on the horse. He gave Spartacus and linked a first soft series in the third. The bull lost his hands and wind bothered, but Cayetano seemed to obviate and devoted himself to torearlo both pythons, obtaining public recognition. Foremost among a series natural before the bull rājāra looking increasingly under tables. Cayetano took him out to the media and put together a good round natural. It was decorated well in the end fatigues and killed good lunge. There were ear request that the president did not attend and the bullfighter turned the ring.

Cayetano gave the public the sixth in the afternoon and began the task seated in the stirrup and Bullfighting knees. He brought excitement to lying. He took the bull linked to media and a good series right. In the second music he sounded and sent Cayetano stop. Then gave a good series with the linked and warm right again started pasodoble. Natural the bull was shorter and pressed. The task could not continue to grow because the bull collapsed. He prodded before leaving a good lunge and again paced the ring maestrante. 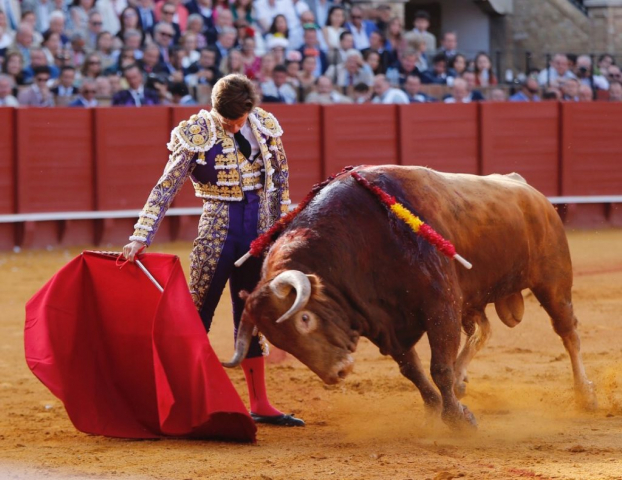 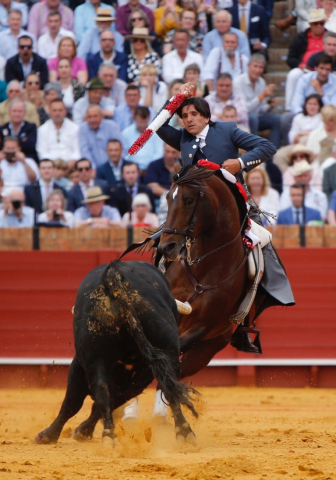 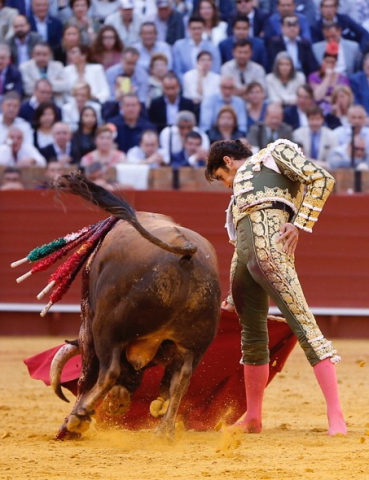 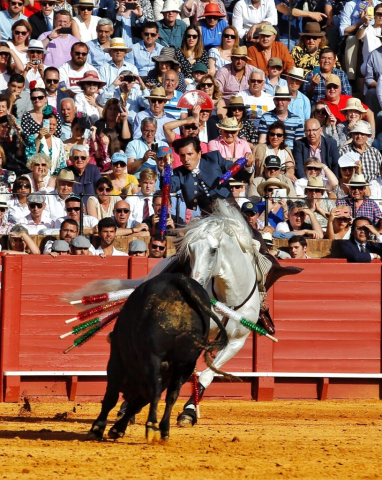 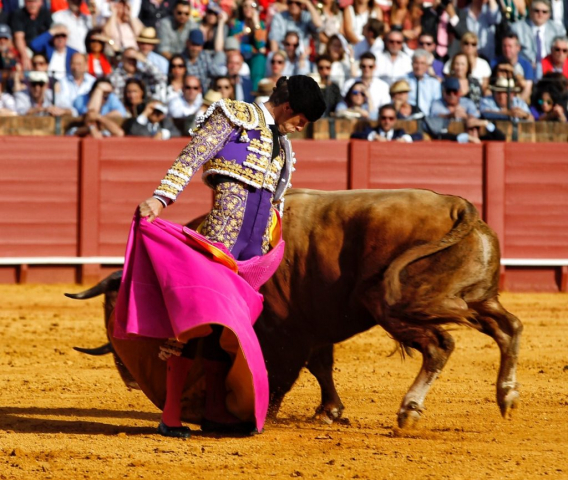 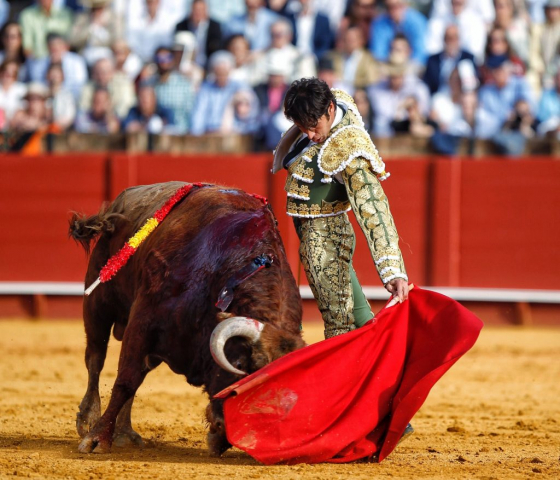 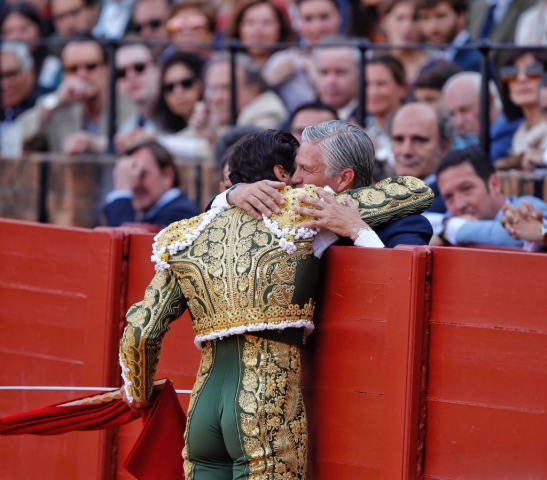 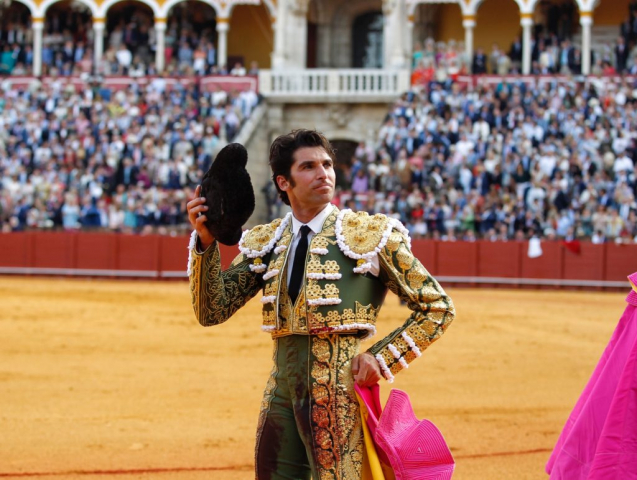 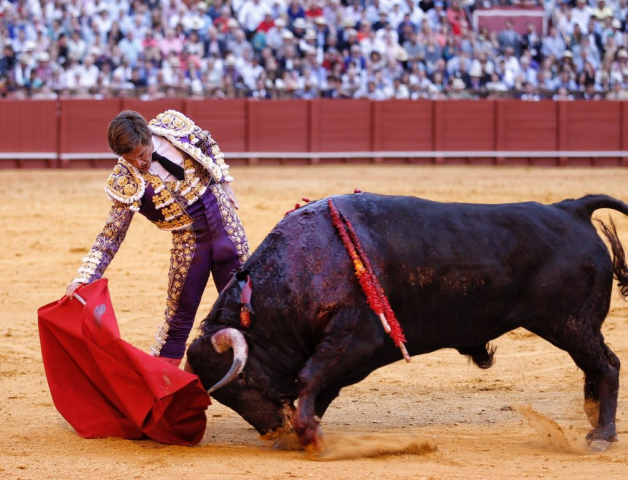 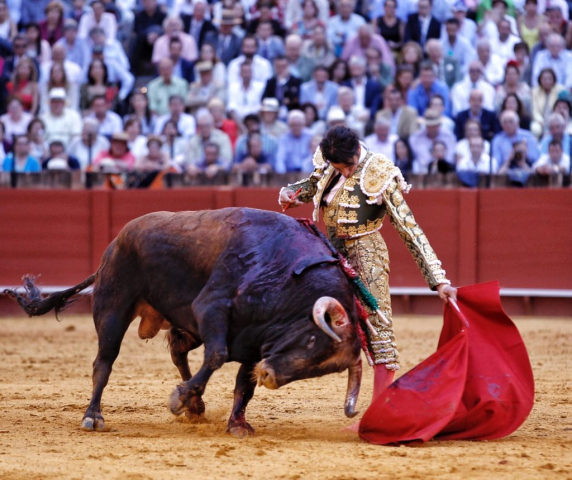