APRIL FAIR 2017. They ARE ALL THAT ARE AND ARE THOSE WHO ARE ALL.

by José Antonio Esquinas, the Andalunet.com

Already in the streets of Seville bullfighting posters fertilizer, as usual the highlight "the April Fair"; this year the company has made twenty Pagés celebrations in fifteen bullfights, a run of seven chopped shanks novilladas. 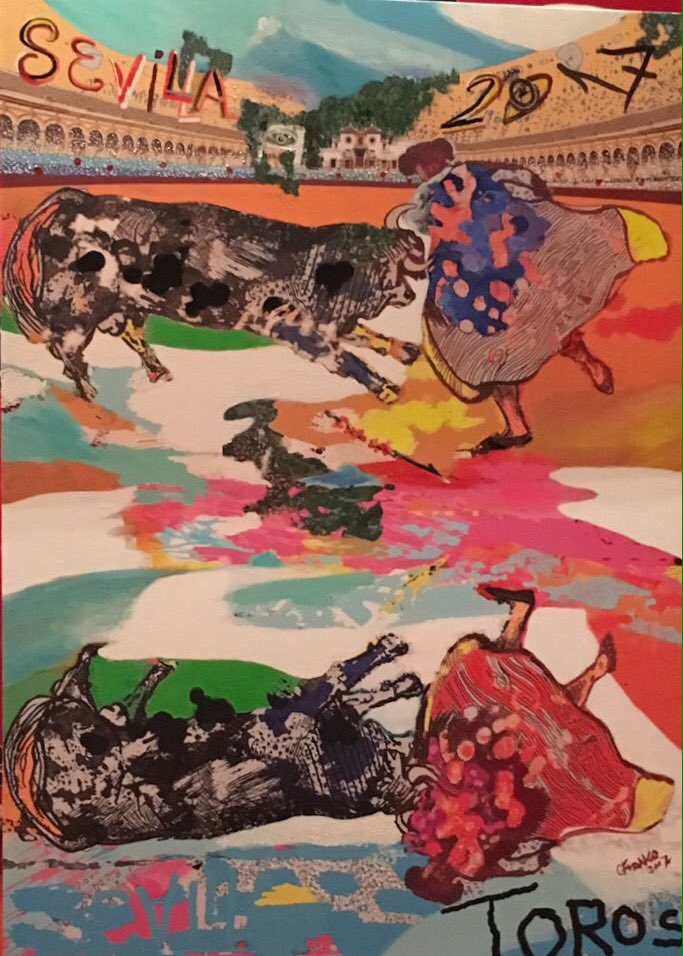 Note that this year the Seville fertilizer consists of a celebration less than last year, as there is a bullfight less like another shank which also disappears, but increases novillada.

Speakers bullfighters twenty occupying forty-five positions, of which thirteen are sevillanos coletudos, equivalent to a mathematical 29%.

With regard to novilleros, According to the company, Dossiers have received seventy novilleros willing to do the little walk in Seville of only nineteen trample the maestrante albero, twenty occupy positions, and in the Corpus there a dogfight (Pablo Aguado and Rafael Serna).

And are the goal posts to the basket this year, to see how we get! Ramón Valencia, maximum architect of the posters: "The company is pleased with posters, I think we were right because all are interesting and many of them very topped ". He stressed how difficult manufacture them, Thursday's mentioned he preferred to Morante, El Juli and Talavante, and complicated to convince the swords (several weeks commented) to be phonecalls.

Regarding the economic issue Valencia made it clear that if Last year was "the most expensive show in history", of this year exceeds, the budget is higher ", something that we do not question but from the business point of view seems risky given the drop in subscribers to the Plaza de Sevilla, and a discount policy 10% off of fertilizers regarding entries, climbing down a ... and other, Tamayo was Pedro Rodriguez who explained in detail the new distribution and cumbersome Square and prices according to the five areas in which it has been divided, We recommend that you consult localities calmly and ask if they have questions.

At the end questions that are not some (Curro Diaz, Away eternal Joseph Thomas), the expected answers "who takes off", "There are fewer celebrations this year" ... The curious note (by putting a qualifier), It was when from the chairs of the press rose Seville matador Salvador Cortes and heading straight to Ramón Valencia he demanded an answer to your non presence on posters and refusal not only to receive but to take her phone, Valencia flaunting their "British" phlegm endured the downpour, He took the crutch and dispatched with education and respect for Mairena del Alcor.

This year everything is ready for a good show, another thing is that the square show entradones every day, although there will be "sold" in some. Highlighting the reversal of the Miura, with Sevillian swords that bring new life, leaving for other years matadors "lifelong", Company applaud this adventure.

Two alternatives in San Miguel, of Seville Pablo Aguado and Rafael Serna (the protagonists of Corpus); a farewell "of this place", Rivera Ordoñez of, "Paquiri" on posters, and some presence will not go unnoticed, Cayetano, Roca Rey ... for various reasons.

For those who can not, live far away, or simply prefer their couch at home, This year again the Fair runs are broadcast on television digital payment system.

Please, we are facing the biggest and most beautiful show that they can see, and there is nothing colder than an empty square ...