SEVILLA CARTEL 2020 AND ARE PUBLIC.

RAMÓN VALENCIA: "I am pleased with this fair".

This year after filtration curious posters, and they have been officially presented today in the halls of the Real Maestranza; Ramón Pagés chief executive of Valencia has made public at the press of Sevilla. 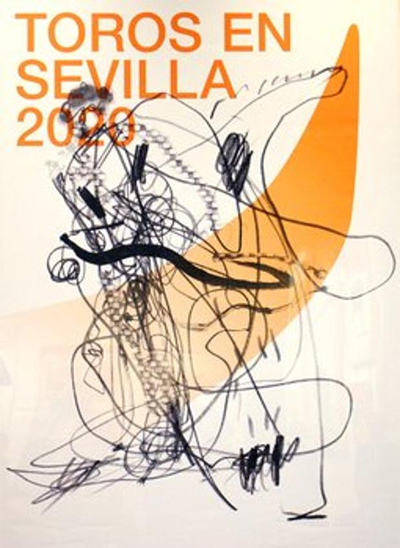 Fifteen bullfights, one of rejones, seven heifers with picks, Taurine form this puzzle with every year delights us (no longer surprising) Pagés Company; paseíllo matadors will the twenty-seventh to forty-five positions, them, fourteen are sevillanos, the 32%, If we talk about novilleros, six are those born in Seville and its province.

The payment will start as tradition, Resurrection Sunday (12 April), and will run from Wednesday 22 April (Sunday prior 19 of preferred) Sunday 3 May (Miura).

Morante, Andrés Roca Rey, and Pablo Aguado, are most paseíllos will, four each, slayers category Talavante and José María Manzanares will make three, Enrique Ponce, El Juli, Perera, Ferrera and Sebastián Castella, They are left with two. One of the names that sounded and is not the Paco Ureña, according Valencia: "I talked to his agent and offered two afternoons, one at the Fair, and one in San Miguel ", at the end, There was no understanding between the parties. another absence, the Ventura Diego, the rejoneador, a whole figure, "I do not want to open plaza", according to Ramon Valencia, "He wants another ahead", he added, to finish with a "I have nothing to do with internal wars". And of course, lack, "the usual", another year without seeing in Seville José Tomás, the boss of the arena of the Baratillo explained clear: "the 14 October I called his agent, I said it was soon, you would think ... later he came to see me in my office Sevilla, I was already doing accounts, when I said "no".

Morante and Pablo Aguado be important players, the poster will be repeated more manure, three times together will paseíllo (two Fair, one in San Miguel). Instead emphasize that the Peruvian Aguado Roca Rey and will not be this year in the alley, something amazing, but surely we will see later, another year ... according to Ramon Valencia (Roca seized): "do not match".

As for Irons, few surprises, in this paragraph let us note the words of Ramón Valencia: "And Garcigrande, why not".

As for prices, up a 2% generally; in fertilizers, traditional discounts to young retirees, and for those who can not or want to go to Plaza, Pay TV will be in the exhibition cycle (No Resurrection).

Poster presentation Season 2020 In sevilla from Maestranza Pagés on Vimeo.